The site is secure.
The https:// ensures that you are connecting to the official website and that any information you provide is encrypted and transmitted securely.

History of The Air Almanac 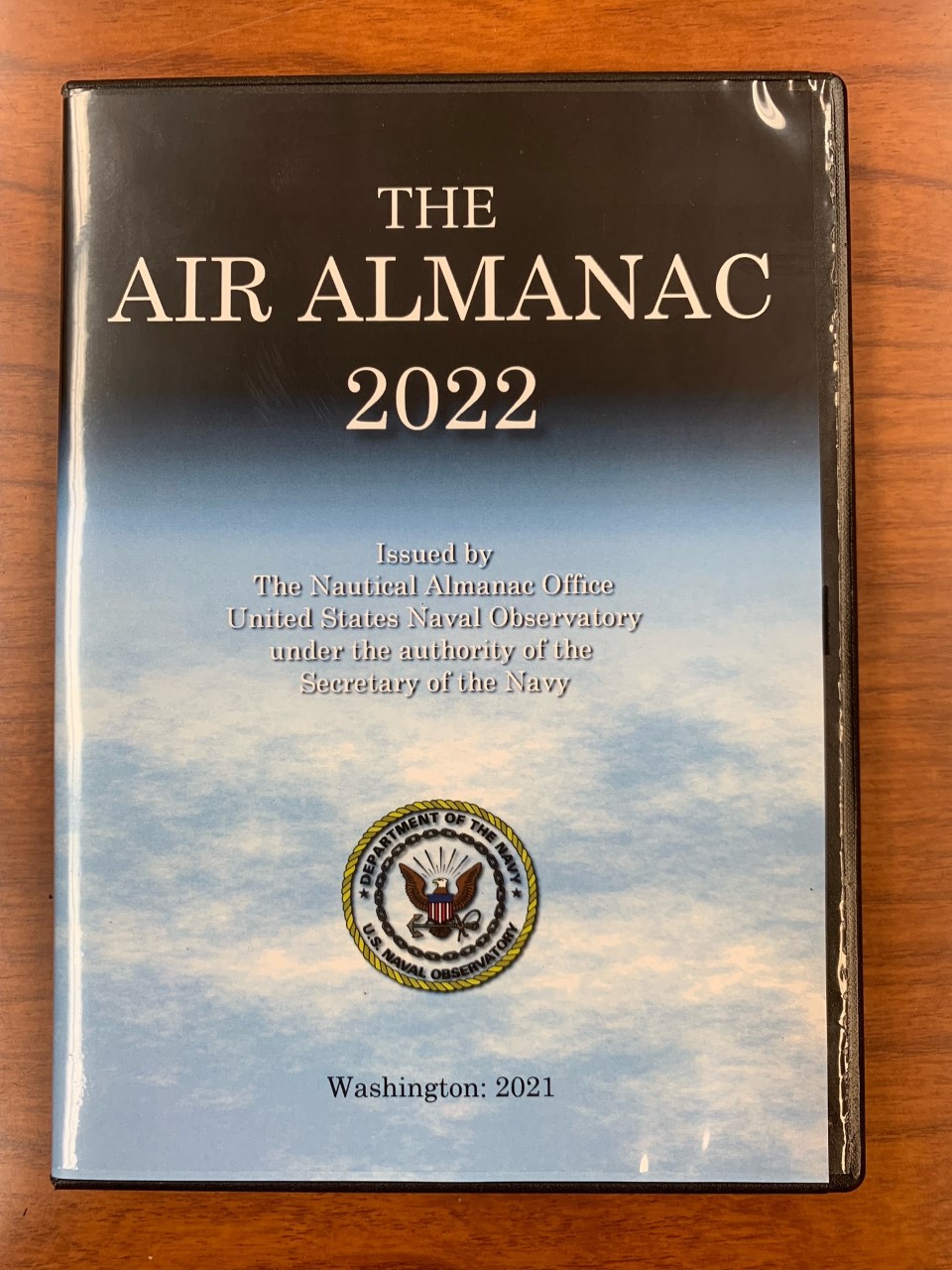 Celestial navigation, used for millennia for sailing the seas, became essential in the 1930s for long aircraft flights, especially over the oceans. The usual techniques for marine celestial navigation required too much time to produce a celestial fix while in flight. Driven to produce an almanac designed to meet the needs of pilots, the various almanac offices around the world developed new and faster procedures.

In the United States, interest for producing a volume tailored to the needs of aircraft navigators began in the late 1920s. This interest resulted in the production of the Aeronautical Supplement for September, 1929 to December, 1930; the Supplement for 1931; the revised Nautical Almanac for 1932; The Air Almanac for 1933; and the revised Nautical Almanac for 1934 and 1936. But despite the publication of German (1935), French (1936) and British (1937) air almanacs, the Americans did not produce a regular annual volume during the 1930s.

In 1940, as part of the American efforts in World War II, the Nautical Almanac Office received permission to increase its staff to produce an air almanac specially designed for the US air fleet. The office delivered the new Air Almanac in 1941, and it has been published regularly ever since. This new book presented the data as a single sheet per day, with much of the data given in 10 minute intervals appropriate for pilots. One sheet per day was a great convenience for pilots because single pages could be removed and taken on flights. Each page contained the GHA for Aries, Sun, Moon, and those planets suitable for navigation for that day, listed in 10 minute intervals for that day. The new Air Almanac was enthusiastically received. In 1946, George Mixter wrote in the journal Navigation, (volume 1, number 3):

"The American Air Almanac, a child of necessity is the best-constructed almanac yet devised for the use of navigators, and marks the most important step in the simplification of the art of navigation since the work of Marq-Saint-Hilaire."

Other special items added were the sky diagrams, star finder charts for periscopic sextants, Moon visibility charts for high latitudes, and a list of time zones used by various countries.